Celestial Bay Winery is very much a family affair with son Aaron taking over the helm as manager of the vineyard, overseeing all the viticultural activity at the winery in 2012.

After travelling the world far and wide Aaron finally settled down on the vineyard and completed his Bachelor of Science degree (Viticulture and Oenology) at Curtin University.

Aaron gained many years of experience during vintage, working for various wineries large and small, bringing back a wealth of knowledge and understanding of the industry to Celestial Bay.

Aaron hopes to continue to uphold Celestial Bays reputation for producing quality wine in Margaret River. (hands on, small batches and constant attention to detail) produces the best wine. His range of experience combined with first-hand knowledge of grape growing in Margaret River ensures that our philosophy – “a passion for perfection” – is captured in each bottle.

Aaron and his audiologist/speech pathologist wife Eimear enjoy living in an idyllic setting on the vineyard with their two beautiful children Owen and Niamh. Owen’s favourite toy is the new John Deere tractor which has his own personal jump seat next to dad. 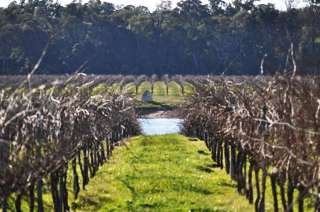 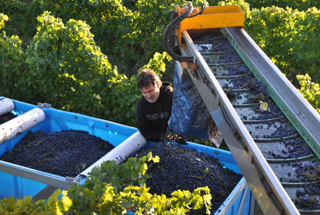 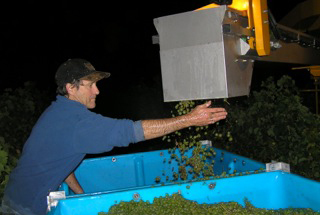 Our Thursday favourite in charge of Administration and Finance, Barbara!

Born in Burma, Barb has lived in London and came to Perth 40 years ago. Barb started with Celestial Bay at its very early stages where her typical day would be anything from pricing and purchasing rootling’s, guinea fowl and sheep, to understanding WET tax and export procedures.

Barb is most proud of being a part of developing the goose chase branding concept and witnessing how Celestial Bay has grown in a short space of time. She enjoys being a part of a dynamic and focused team and admits her biggest challenge has been gaining knowledge in the wine industry.

Our Owners that are testament to happy wife (and good wine) means a happy life, Michael and Kim O’Brien 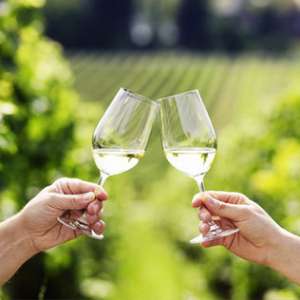 After introducing Kim, who was at the time, Michael’s English girlfriend from the city, to the dust, flies and silly sheep on his family farm, Kim confirmed that a condition of their wedding vows (on her part) would be, “2 children – NO farm”.

Nothing turned out quite that way.

Michael’s love of the land came at an early age in Chittering where his family’s farm is situated. His ambition to follow the farming life was put on hold when, despite being enrolled to study Agricultural at Muresk College in Northam, a series of events led him to his father’s fashion business in Perth. It took a further 20 years before a change of direction which led Michael back to his passion in agriculture.

After deciding to follow his dream and establish a quality winery in Margaret River, the venture has proved to be much more than a little winery down south. It is now a successful business that as a family they are very proud of.

After 40 years of marriage it may be time for Kim to reassess her marriage contract. 2 children – No more farms!!! – Just fantastic wine and a wonderful life-style, and five grandchildren to date which they are more than delighted about.

Experience our family’s passion for perfection Contact Us Today